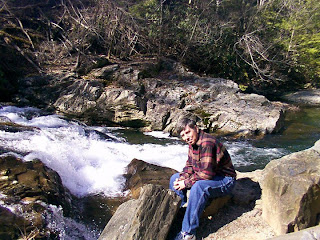 Wade J. McMahan has published four stories with Untreed Reads Publishing.  In addition to his successful Richard Dick Mystery series, Untreed Reads has published his fantasy spoof, "Flying Solo".  Furthermore, his stories have been published at such places as The Ampersand Review, Crow's Nest Magazine, and Pine Tree Mysteries.  More Richard Dick mysteries are already in the pipeline, or under construction.  Wade is currently writing a fantasy novel based upon an ancient Irish legend.  Owner of a forestry consuting firm, Wade and his wife Glenda live in Tennessee where they enjoy an active life filled with family, friends, sports, travel and three spoiled dogs.
Follow him on FaceBook or email him a wjmbooks@hotmail.com.