Next up on our list of authors in our interview series of "Inspiration to Publication" is Herschel Cozine.  I had the pleasure of meeting Herschel and his wife at an Untreed Reads informal get-together in San Francisco, and I enjoyed hearing about his writing.  What surprised me even more was when I found out that he will be turning 80 this year (happy early birthday!), as it doesn't seem at all possible.

Herschel has two titles released on Untreed Reads, "Delinquency Report" and "The Birds".  He speaks about his inspirations for both of these stories, his philosophical meanderings on right and wrong, and where he's going from here!  Welcome to the digital podium, Herschel Cozine!

You can purchase his books HERE! 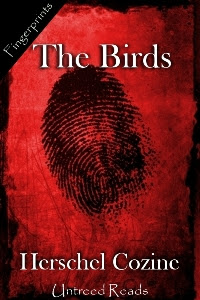 The Accidental Author: Herschel, you just released “The Birds”, a delightful short-story mystery that takes place in Nurseryland, populated by characters from popular nursery rhymes. Can you tell us a little bit about what inspired this story idea?
Herschel Cozine: I had already had Osgood involved with Bo Peep, Goldilocks, Mother Hubbard, Cinderella and others. The outrageousness of the sixpence rhyme was perfect material. Why would anyone bake a blackbird pie? And how would they survive? The story cried out to be told.
AA: When you crafted your protagonist, Nathaniel P. Osgood, did you base him off of someone from real life or certain characters from other mysteries that you had read, or was he an entirely original creation?
HC: He is an original. It is written in the first person because he can do things that probably couldn’t be done with a third person narrative. But he isn’t really “me”. We may share some thoughts. But he can do things I would never be able to do.
AA: Since the first quarter of 2011 is devoted mainly to inspiration, what gets your creative juices flowing? Music? Reading other people's works? What helps you get in the writing mood?
HC: Usually a phrase or a thought. I often start to write without a goal in mind. I am not always sure where a story is going. That way I am as surprised as anyone whenever something happens. This may not be good writing technique, but it works for me. I have never been able to write from an outline.
AA: Speaking of Nursery Rhymes, do you think most people are aware of how truly dark they can be? I think the first time that I heard “Sing a Song of Sixpence” as an adult, I thought to myself “Well, that's awfully violent.”
HC: Many nursery rhymes and fairy tales are dark and violent. I have been told that some nursery rhymes are commentaries on people and events of the day. A sort of poetic editorial, if you will. Was Mother Hubbard an authoritative figure who squandered the taxpayers’ money and had nothing left to give them? Was Peter Pumpkineater a tyrant who suppressed his people’s freedom? And certainly “The Emperor’s New Clothes” can be a biting commentary. As for fairy tales, I always thought the Brothers Grimm were aptly named. 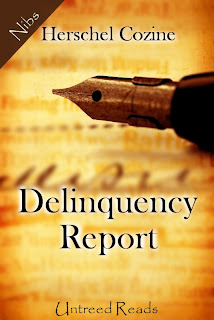 AA: Your previous release on Untreed Reads, “Delinquency Report” is about a particularly traumatic discovery that (hopefully) every child at some point makes: that Santa Claus is not a real person. The way it reads, it feels very authentic and sincere. Is this work at all autobiographical?
HC: In many ways, yes. I grew up in a small town on Long Island during the depression. The town in the story is modeled on the Long Island town. And I vividly remember visiting a five and dime where I wanted to buy a top. There were no clerks around to pay so I left. With the top. I was certain I would be arrested and thrown in jail. That never happened of course. And unlike the protagonist, I never stole again. And my mother had instincts like the protagonist’s. My father was clueless. It must be in the genes.
AA: “Delinquency Report” poses a very interesting and fundamental question, as the protagonist explains that he is agnostic and also no longer believes in Santa Claus. In the absence of some all-seeing, all-knowing sort of authority figure that keeps tabs on our every move, how would we react? Is there an innate sense of right and wrong that resides in our hearts and minds. Do you often ponder questions like this?
HC: Yes. And I have not resolved it in my own mind. We are taught by adults to behave in a civilized manner and obey rules. But who taught the adults? It had to start somewhere. Is it innate? I don’t know.
AA: What kinds of books do you like to read? What are you reading right now?
HC: My interests are wide ranging. Fiction, non-fiction. I love a good mystery or a good western. I enjoy history and sports. My favorite book is “To Kill A Mockingbird”, a remarkable work. I am not a big SciFi fan, but will find one occasionally that appeals to me. Right now I am between books, but have my eye on Mark Twain’s centennial biography. And David McCullough has a new book out that is sure to be a good read.
AA: What's next on the Herschel Cozine slate of releases?
HC: I have several Osgood stories that I am hoping to publish through Untreed Reads. I had so much fun writing those, and I hope the readers will enjoy them as well. 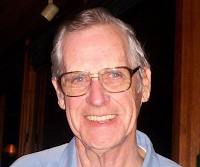 Herschel Cozine has published extensively in the children’s field. His stories and poems have appeared in many of the national children’s magazines. Works by Herschel have also appeared in Alfred Hitchcock and Ellery Queen’s Mystery Magazines, Wolfmont Press Toys For Tots Anthologies and Woman’s World. Additionally he has had many stories appear in Orchard Press Mysteries, Mouth full Of Bullets, Untreed Reads, Great Mystery and Suspense, Mysterical-E and others. His story, “A Private Hanging” was a finalist for the Derringer award. Retired from a career in electronics, he has resumed his writing career after an extended hiatus. Herschel lives with his wife, Sue, in Santa Rosa, California, close to his children and grandchildren.