Guest Blog from Neil Plakcy: The Importance of Networking

Our first guest blog comes from Neil Plakcy, a fellow author at Untreed Reads publishing.  He writes about his experience publishing one of his short stories, "At the Diner" and the importance of networking to the overall publishing process.  I hope you find this as enlightening as I have.
__________________________________________________
Way back in 2002, I wrote a story called “At the Diner,” about a young guy named Jerry who came out of the closet to his mother shortly before she died. That act estranged him from his father, and they didn’t talk again until his father showed up one day at the diner where Jerry worked.
I set the story in Albany, New York, where I had lived for a while, because I wanted a wintry setting to mirror the emotional coldness between father and son. I put in the stubbornness that had characterized my own relationship with my father, and I revised and polished the story until I thought it was the best it could be.
As one did back then, I opened up my copy of The Writer’s Market and started looking for places to submit. I got lucky, and in January of 2003 the story was accepted by a small GLBT magazine called In the Family. I got paid $35 and a copy of the magazine. And I thought that was that.
Fast forward to May, 2010. I belong to a Yahoo group called Gaywritersreaders, moderated by the great mystery writer Dorien Grey. One of the other members is Jay Hartman, who had started an e-publishing company called Untreed Reads. That month, he posted a call for stories -- he hoped to publish one GLBT-related story every day for all of June.
I saw that call a couple of times before I finally sat down and thought about it. The only story I could send was “At the Diner,” so I emailed Jay to ask if he was willing to consider something that had been previously published, and he agreed.
I sent him the story, and he wrote back, “When I put out the call for non-erotic LGBT fiction for June, I really wasn't prepared for some of the absolutely amazing, thoughtful and sometimes heart-wrenching works that would come through my email. Your story pretty much encompasses all of those things and more. I would VERY much like to publish this as part of our Pride Month celebration.”
Wow! Who wouldn’t love an acceptance letter like that? For my part, I was thrilled to have a story published by a press that had taken off the ground fast. I’d been reading Jay’s posts to the Yahoo group for years-- when he was a reader who loved GLBT fiction, and then when he began sharing his experience as a publisher.
You might say that I was lucky-- I was in the right place (the Yahoo group) at the right time (as Jay was launching Untreed Reads). And you’d be right. But I believe writers can make their own luck. The internet allows us all to connect with each other-- readers and writers and editors and publishers. Aspiring writers need to recognize that it’s not enough to sit at your computer and write the best work you can-- you have to get it out there.
Based on Jay’s response to my story and its father-son theme, I sent him a novel, The Outhouse Gang, which also has to do with fathers and sons. That book was just published. And it all began with a single story I sent out in response to a request I saw online.
__________________________________________________ 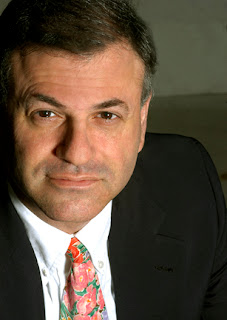 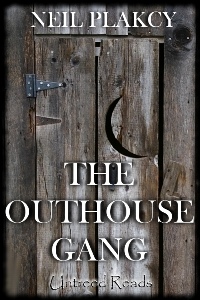 Plakcy is a journalist and book reviewer as well as an assistant professor of English at Broward College’s south campus in Pembroke Pines. He is vice president of the Florida chapter of Mystery Writers of America, and a frequent contributor to gay anthologies.

You can also visit Neil's website at http://www.mahubooks.com/.
Posted by Unknown at 9:08 PM